Here we are at mid April. The days are slowly lengthening and warming. I can see the promise of summer in the light and it makes me wonder what summer will be like. Our dad retires at the end of this month and it will be so relieving once he’s not going out on field calls anymore. He is a field technician, mostly repairing ATMs, and is thus considered an essential worker. Fortunately not many people have been using ATMs since cash purchases are rare, so the machines haven’t been breaking much and he doesn’t have as many calls. Still even saying this feels like I’m pulling some supernatural attention toward him, and I think of every day as a countdown toward when he and our mom can be truly safe and stay home.

We’re planning a visit to our grandmother sometime soon. She’s in a nursing home in Plymouth, which had one case earlier on in the pandemic, but is now clear of the virus which is an unbelievable blessing. We’ll stand outside her window and maybe call her on her phone to talk through the glass. Her 100th birthday is on the 30th, the same day as our dad’s last day on the job. The same day as several birthdays of many people who are so dear to me. It feels like a magical day. It is a magical day. May’s Eve they used to call it. The day the veil would thin and the fae would wander the earth. I keep holding onto this day like a lighthouse in the storm. I keep hoping things will feel lighter, brighter, less terrifying then. I keep trying to restrict myself from giving a day so much power so I’m not disappointed, but I need something to look forward to. Hope is always a risk.

I find myself wishing each day would pass quickly and end so I can surrender into sleep and dream of things I can’t do, like hold someone close to me, or travel, or eat at a restaurant. I’m grateful to my vivid dream life for giving me these gifts. I feel ridiculous pining for such simple but privileged things when other people are struggling for a single breath; when other people are watching person after person die utterly helpless to fix it even with all the technology we have; when other people are trying to piece together how to mourn for a loved one whose face they will never see again. Sometimes I hold their pain in my throat and it seeps out through my eyes. Mostly I try not to think about it or I’ll crumble into a ball on the floor. Tong Len meditation helps. Breathe in suffering, breathe out compassion. In and out, like the days I wish would pass faster.

Most days I have hours where I wander from one room to the next searching for something to do with this hunger in me that’s hard to describe but I don’t have to because you all know it. I don’t think any of us ever understood the definition of listless in such a palpable way before this. I clean the kitchen again. I chat with friends but I feel like I don’t have anything to say because all I want to say are BIG things that no one wants to hear. I sit down in front of my computer to work my remote job and just stare at a word doc and can’t take the next step. I tell myself I’ll try again tomorrow. I watch a dumb video on youtube. I get up, frustrated, and wander again, my hands settling back on mask making. Something about the practicality of this task with a clear result is calming to my brain and makes me feel like I’ve done something, anything with myself, plus it eats away the hours. I make another loaf of bread.

I’ve gotten used to the fear. It sits next to me in every room I wander into, like a pile of papers or dirty laundry, begging my attention in an ambient sort of way I can tune into or out of. I can mostly ignore it unless I’ve had too much caffeine or if it’s a bad allergy day and I already can’t breathe or if I was stupid and read an article I shouldn’t have read. I fully cannot consume most media or news at this point. It all reads like propagandist bullshit. Thank you to everyone else who is bothering to pay attention and is filling me in.

I can hear the words underneath the silence from my friends who are doctors, nurses, and first responders. I can hear everything they’re not able to say about what they’re going through in their hearts and minds. “We’ll heal later.” I heard myself say out loud to my sister two weeks ago. 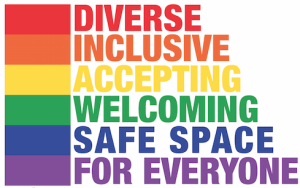